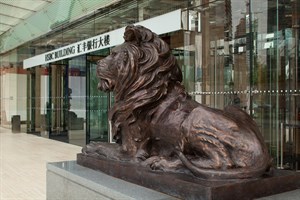 HSBC is one of the world’s largest banking and financial services organisations. We serve around 38 million customers through four global businesses: Retail Banking and Wealth Management, Commercial Banking, Global Banking and Markets, and Global Private Banking. Our network covers 67 countries and territories in Europe, Asia, the Middle East and Africa, North America and Latin America.

With around 3,900 offices worldwide, we aim to be where the growth is, connecting customers to opportunities, enabling businesses to thrive and economies to prosper, and ultimately helping people to fulfil their hopes and realise their ambitions.

Listed on the London, Hong Kong, New York, Paris and Bermuda stock exchanges, shares in HSBC Holdings plc are held by more than 203,000 shareholders in 132 countries and territories.

HSBC Bank (China) Company Limited started operations on 2 April 2007 as a locally incorporated foreign bank. It is owned by the Hongkong and Shanghai Banking Corporation Limited, the founding member of the HSBC Group, which was established in Hong Kong and Shanghai in 1865. HSBC China incorporated the previous Mainland offices of its parent.

HSBC is one of the largest investors among foreign banks in mainland China, having invested in the growth of its own operations and in select Mainland financial services entities, including Bank of Communications.

HSBC China employs over 7,000 staff, around 99 per cent of whom were recruited locally. It has a branch network of more than 170 outlets across more than 50 cities. This is the largest service network covering the widest geographical reach by any foreign bank in mainland China.

HSBC’s knowledge of mainland China and its international operations enable it to provide customers with a wide range of financial and banking services, including retail banking and wealth management, commercial banking, global banking and markets and private banking.

HSBC China’s head office is located in Pudong’s Lujiazui area, the heart of Shanghai’s financial district, and was officially opened on 9 June 2010.

HSBC’s investment in the China head office symbolises the bank’s long-term commitment to China and its confidence in Shanghai as a future international financial centre.

The building received the Leadership in Energy and Environmental Design (LEED) Gold certification from the US Green Building Council. HSBC’s selection of the site affirms the bank’s commitment to reducing its operational impact on the environment.

HSBC has a strong sense of responsibility for the local communities in which it operates. The bank supports educational, environmental and charitable projects and has made accumulated donations of more than RMB800 million in mainland China.